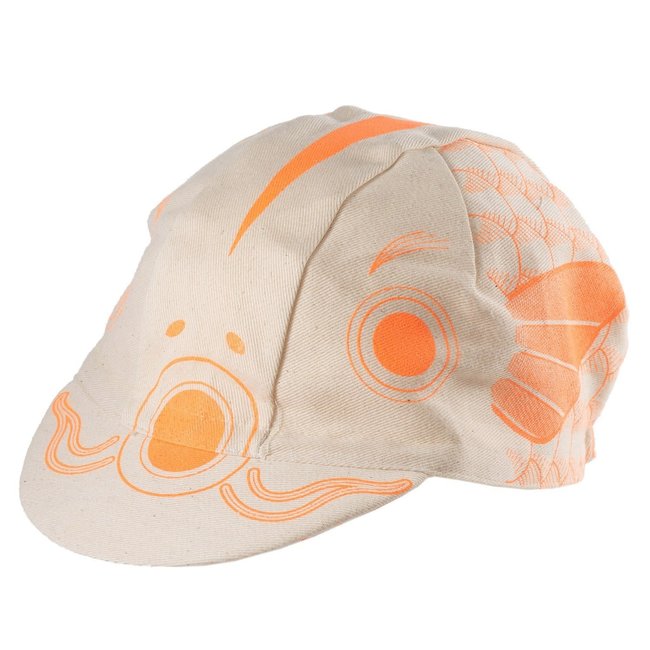 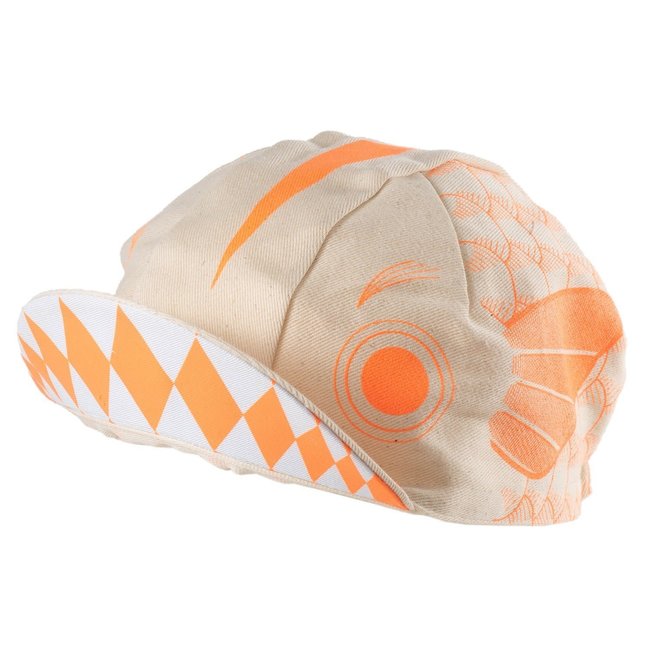 From Adam Bell, whose "Little Press" bicycle encyclopedia and poster have been available for some time now a newly designed cycling cap with a Japanese carp streamer motif is newly refreshed. It has arrived from Munich as a coveted item.  Read more..

The color of Natural / Neon Orange is backed by the "Belldorado" mark, which is a play on Adam Bell's "Bell" and "Eldorado" which means Golden Town. In addition, the Yellow / Black color is the Munich edition and is marked with the large MUNICH characters. There's something just so Charlie Brown about it.

Originally, the combination of carp streamers and Koganekyo, which celebrates the health of children and their future careers, is quite brave.

But what about this bizarre, kitsch, or somehow deviant carp streamer?

Unlike us, who have been accustomed to seeing them since we were little, Adam, who has visited Japan several times in the past, may have been a little scared of the image of a Koinobori flying in the sky with his mouth agape. I can't say I blame him.